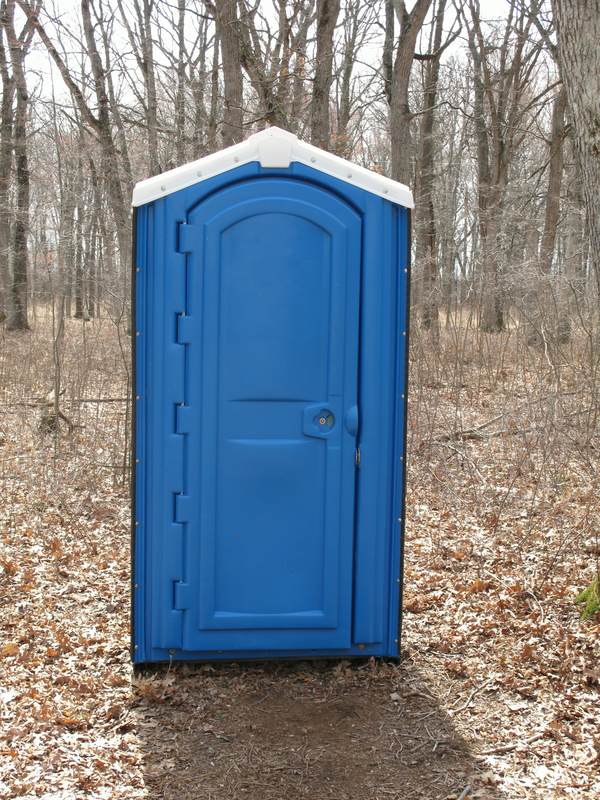 I learned the hard way that using a Porto-Potty can be a life-changing event. And yes, this is a true story. One fateful summer afternoon I was at my daughter's softball game at a park. Halfway through the game I decided to find a Porto-Potty and spotted two of them far off in the distance. I trudged away from the field, across the parking lot, and finally arrived where they were standing side-by-side. I had to decide whether to use the one on the left or the one on the right. Little did I realize I should have prayed for divine guidance. But I didn't, because I thought it was an unimportant decision. So I chose the one on the left. And believe me that was the wrong decision!

I opened the door and immediately realized that this Porto-Potty had not been cleaned or emptied all summer. And it was late July. Also it was a scorching ninety degrees outside but inside the Porto-Potty it was well over one-hundred. But I told myself I was a man. I could do this. So I held my breath and stepped inside and closed the door. And then I made a catastrophic mistake. I chose to lock the door. Which was totally unnecessary, because there was no one else around. And the field was over a quarter-mile away. It was an unconventional lock. Most Porto-Potty's have a metal rod you just slide across the door, but this one didn't. It was a large round plastic door knob. I started turning the knob, which was so loose it nearly fell off. And after repeatedly turning it I finally heard a click which meant the door was locked.

When I was ready to leave I was still holding my breath, and I kept turning the knob to unlock the door. And nothing happened. The knob was so loose now it was totally useless. I pushed against the door. It was still locked. At this point I had to breathe again. Which was indescribably unpleasant. I pushed against the door as hard as I could but nothing happened. It was still locked. I suddenly realized I was trapped in a Porto-Potty!

There was no one around, so it was useless to call for help. I began to push, kick, and bang against the door but it wouldn't open. I was a prisoner! As the minutes went by I began to sweat profusely and hyperventilate. I'm claustrophobic so after about five minutes panic began to set in. So I chose to take a desperate gamble. I climbed up on the seat and decided I would launch my entire body, full-force, into the door in hopes of popping it open. Realizing that I might only succeed in tipping over the Porto-Potty. Which meant that everything in it would flow all over me. Which might be a fate worse than death.

I took a deep breath and dove at the door, striking it with my shoulder, it popped open, and I flew out of the door with my arms outstretched like Superman and landed on my stomach on the ground. I was free! I looked up and a father and his young son were staring at me. Imagine how it looked to them to see me come flying out of there? He grabbed his son's hand and they hurried away. I went back to the game and whispered what had happened to a friend and I told him not to tell anyone. So of course he told everyone, and all the other parents laughed at me the rest of the summer. I should have prayed for divine guidance that day.

In the first chapter of my latest novel, LAST DANCE WITH DEATH, Tod Harding has to make a life-changing decision. After he rescues a young woman from an attacker he has to decide whether to continue to help her, or to simply go home. She tells him that millions of lives are at stake. Tod has to decide whether to believe her, a total stranger, or not. And he doesn't pray for divine guidance either. At the end of chapter one he makes his choice. If you read the next few chapters you will see whether he made the right decision or not!

I always think of u when I pass a Porto potty now!