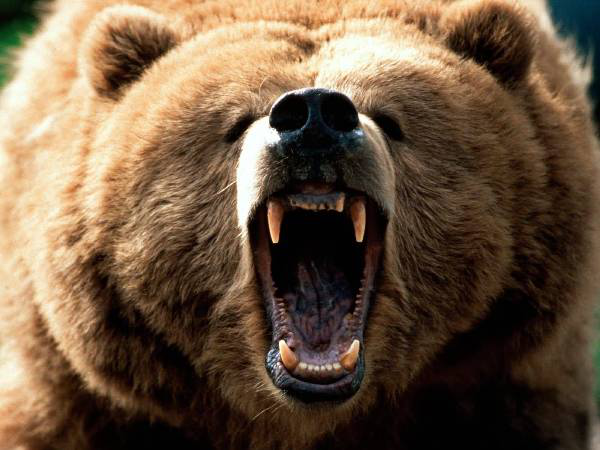 I never wanted to become a professional wrestler. But I decided to give wrestling a try one fateful night years ago, when I was younger and more foolish. My brother-in-law got me signed onto a wrestling show in Cleveland, Ohio. The problem was he didn't set me up to wrestle against a human being. He set me up to wrestle against a bear. A real live bear. His name was Hugo the Invincible. He was eight-feet tall and weighed 800 pounds. And he was undefeated against humans.

I didn't know this when I agreed to the match. My wife freaked out when I told her. She thought I'd be killed or maimed. But I said, "Don't worry, I assume it's a little bear. Or a bear trained to be gentle against humans." It turns out I was wrong. Boy, was I wrong.

I showed up for the night of the match. The place was packed with a standing-room only crowd. The bear was not out there yet, but his trainer was. So I went down to the wrestling ring to see what I could learn about my opponent. I asked the trainer how Hugo had been doing lately and he told me he was undefeated and pinned most opponents inside of thirty seconds. Then he laughed at me and walked away. That made me a little nervous but I figured he was probably lying just to psych me out. I looked around at the crowd and felt better. I realized that in a few moments they would all be cheering for me. I would be a hero!

I heard a roar from the crowd and saw them leading Hugo out of a tunnel with a chain around his neck. He was a monster. He was every bit eight-feet tall and 800 pounds. When I saw Hugo I got very nervous. And I started to pray. But I didn't pray to win, I prayed, "Lord, please let me survive!" I was standing outside the ropes when they turned him loose in the wrestling ring. He ran around growling and snarling at me. Which was not exactly thrilling for me because I realized that not only did I have to wrestle this monster, I had to do it when he was in a bad mood.

When the ring announcer introduced me I was shaking like a leaf, but I was younger and foolish, so I decided to go in anyway. As soon as Hugo saw me climbing through the ropes he roared and charged at me full speed on all fours. He rammed his head into my chest and I went flying off the ropes and landed in a woman's lap in the first row. The place went crazy. The fans were laughing, cheering, and stomping their feet. The trainer had to go in the ring and put a chain around the bear's neck and hold him back so I could get in there.

I climbed through the ropes and Hugo charged me. With one swipe of his paw he sent me flying through the air where I landed on my head on the other side of the ring. And I heard a huge roar of approval from the crowd. I got up and he sent me flying back across the ring again. And I heard another big cheer from the crowd. This made me feel terrible. I realized the crowd was rooting against me! I was a fellow human being, and a definite underdog. But they were rooting for Hugo! The bear then knocked me down and grabbed one of my legs. And I heard a sweet elderly lady in the front row start screaming, "Tear his leg off! Tear his leg off!" And it was my leg!

I somehow got away and tried to push against Hugo, but it was like pushing against a brick wall. Everyone knows bears are strong, right? But to actually experience it firsthand, it's unbelievable. Fortunately I was a little quicker than him, at least at first. Every time he'd knock me down I'd roll out of the way before he could fall on me. He had two ways of coming at me. One was he would stand on his hind legs and slap me in the head, sending me flying through the air. I was very lucky that Hugo was declawed, and he wore a muzzle. After the first few times he slapped me I would grab his wrists to try to stop him. That really made him mad and he would then try to bite at my fingers through his muzzle. I remember thinking that if his muzzle came off I would never type again!

He would also come at me on all fours, like a giant dog. And he would just swipe his paw against my knee and I would go flying through the air like a human bowling pin and land on my head. And hear another big cheer from the crowd. There was one other challenge in wrestling Hugo. I don't know if you've ever been close to a bear, but I can tell you something with absolute certainty. Bears do not brush their teeth! Hugo had the worst breath you can imagine, it was like raw sewage. I thought I would pass out from that alone.

I lasted five full minutes. Mostly by running around to survive. It was the longest five minutes of my life. Finally I was so exhausted I couldn't move as fast anymore. And one time when he knocked me down I couldn't get out of the way in time. He fell on me, all 800 pounds of him! It felt like a building falling on me! I was crushed and couldn't breathe. He pinned me and then his trainer had to come in the ring and pull him off me. I was so tired and beat up I couldn't stand. I had to crawl out of the ring on my hands and knees with the whole crowd laughing at me. Even my wife. Although I forgave her for it. Eventually.

That ended my wrestling career. One match and one defeat. I was reminded of wrestling Hugo when I wrote the first chapter of my new novel LAST DANCE WITH DEATH. In that chapter Tod Harding must wrestle against a dangerous opponent. Not a bear. But a man armed with a gun. Which is a bigger challenge? If you read Chapter One you will find out!

Great story. Thanks for sharing.

So glad that Hugo didn't eat you!